Electric Cars – To Tow or To be Towed

Blog Towing Service Electric Cars - To Tow or To be Towed 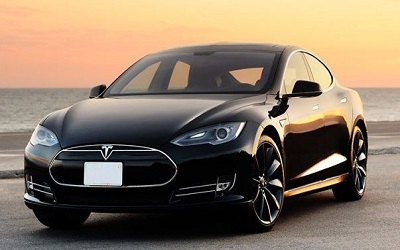 Electric cars are gaining popularity over the years. They are more environmentally friendly compared to conventional gasoline cars because they do not release carbon emissions. As they are charged using electricity, this helps reduce greenhouse gas emissions, ad consequently improves the air quality of the environment.

Maintenance for electric cars is not as frequent, since they do not operate on gasoline or petrol, and the brakes of electric cars are less likely to wear off quickly as to a regular car. They also run more quietly; the noise made by them compared to conventional cars is reduced greatly.

With so many benefits of using an electric car, it will undoubtedly become a norm to see them on the roads in the future. However, can electric cars be towed, and can they be used for towing?

Electric vehicles are not indestructible, so a vehicle breakdown is still possible.

Some electric cars, unlike gasoline cars, do not have a neutral position in the transmission. When they are not moving in the forward direction or backward direction, the motor will still be connected to the wheels. So when towing such electric vehicles, the moment the wheels turn, this will also turn the motor connected to the wheels, and this might lead to damage to the motor. For cars without the cooling system working, the overheating from turning the motor at high speed can destroy the motor.

For some electric cars, such as Nissan Leaf with front-wheel drives. With the front wheels lifted, there is a lesser risk of causing damage. Also, there is a neutral mode for the transmission, so it can disconnect the motor from the drive-train.

If there is any need to tow an electric vehicle, do refer to the owner’s manual for instructions. Generally, it is advised to use the flatbed towing method to move electric vehicles.

Can an Electric Car Tow?

It is possible to tow trailers with an electric vehicle. However, there are several points to take note of if one intends to do so.

Most of the manufacturers do not make electric cars for towing, because they are not tested for towing abilities. There are several reasons for not doing so. Firstly, electric or hybrid cars are marketed mainly on their efficiency and performance, if the vehicle is to put in tests for towing, this will like to have impacts on the efficiency, performance, and mileage. Thus car manufacturers are unlikely to test and release the ratings if they are poor performing.

Secondly, the safety of using an electric car to tow is a major concern. Hybrid or Electric engines are heavier than regular petrol or diesel cars. With such excess weight added to the vehicle, the towing performance and safety are going to be affected. Not forgetting when brakes are put under the extra weight, cars will less likely to slow down in anticipated time.

Thirdly, hybrid and electric cars have regenerative braking functions. Rather than using the brake pads to stop motion to slow down, with regenerative braking function, the energy moving the vehicle is which is making the car move is transferred back to the battery. If an electric vehicle was to tow a trailer downhill, there will be much strain put onto the vehicle, leading to problems to the brakes and engines.

Lastly, the efficiency of an electric vehicle will be affected after towing a load.

However, there are still some electric car brands on the market that can tow. An example is Tesla Model X, as it has the capacity of towing weight up to 5500 pounds. This means that it can pull trailers with relative ease.