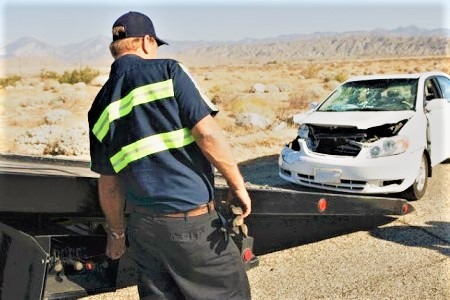 Tow truck drivers have been getting bad reputations for several reasons. It may seem simple, hook up a car and drive off. However, tow truck drivers do face a lot of challenges that people do not see. Firstly, they need to endure misunderstandings in their works. Furthermore, the misconception worsens with the shady and questionable towing companies giving the whole business a negative viewpoint. Secondly, they have to work in stressful work conditions such as bad weather. Things do not become easier with hostile drivers giving tow truck drivers a hard time.

The following are some misconceptions and the good deeds tow truck drivers have been accomplishing.

Tow truck drivers have had some individuals in the whole industry. Media tends to portray the entire towing business as shady; overcharging customers, damaging vehicles, and so forth. This is not the case. If the tow truck companies work under contract with AAA or insurance, violating the rules and regulations often will cause them jobs and will lead to losses in revenue. It helps to see reviews on the web regarding the services of the companies; if they do not perform well, it is good to point them out. On the other hand, when they carry out the works efficiently, it will be encouraging for them to see some positive compliments in the reviews.

A Code Of Ethics

Some people see towing is just about hauling vehicles that violated the traffic rules. On the contrary, most tow companies do adhere to a code of ethics. There are rules to where they can work and what vehicle to tow away. Towing operators do care for the vehicles and the drivers. For those companies that work with the local police or AAA, they need to have good records, well behaved, and be calm with customers who are upset in certain situations.

They Do Not Intend to Cause Damage

While tow truck drivers are trained to do the job, they still do make mistakes unintentionally, although it is rare. It is easy to blame the operators for being careless, however, they are never intentional. Some towing companies have policies to pay the customer for unintentional damage. They will ask the towing driver to compensate for the damage incurred, up to a certain amount.

Towing helps smoothen traffic. It is because many broken down vehicles can slow the traffic down when they are left stuck in the middle of the road. This will block the traffic flow and cause traffic jams. By clearing the broken down vehicles, they clear up the road space and allow the traffic to resume normal. Therefore, towing is crucial in ensuring freeing up traffic flow hindered by vehicle breakdowns. However, people do not appreciate the works of tow truck drivers. They blame them for slowing the traffic instead.

Towing is a high-risk profession. Driving the tow truck in major traffic can be difficult. It is even more challenging towing a vehicle behind. There are also dangers when working on a busy road or highway. There have been incidents of towing operators knocked by reckless drivers while carrying out their towing duties. It is unfortunate, despite towing operators put out warning signs and flashlights.